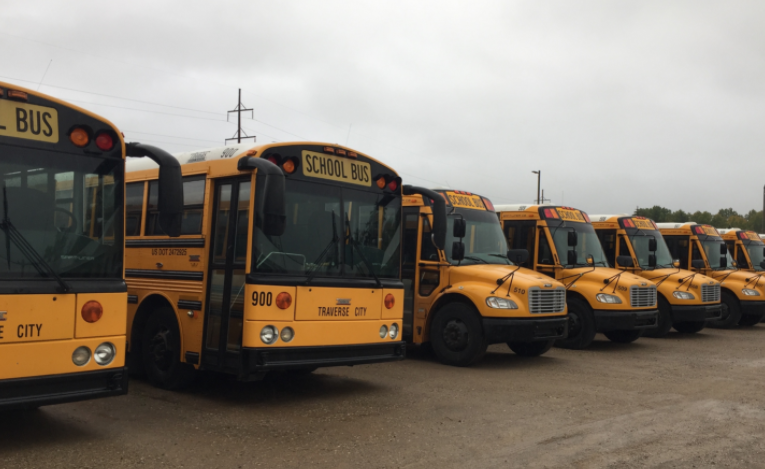 Courtesy of The Ticker

Earlier this morning (9/16/21) parents and teachers received an email about an accident that occurred earlier in the day. A TCAPS student was hit by a vehicle. The students riding that bus this morning even witnessed the event take place.

However, last week there was a bus-pedestrian incident involving a student too. Although, this accident wasn’t as extreme due to the fact that the student was able to recover at home. Today’s incident was much more extreme and resulted in the student going to Munson Hospital. Luckily, they are going to recover and were not dealt fatal wounds, but they will surely have life lasting trauma from the event.

In the district wide email sent out today, TCAPS urges parents to take this as a reminder that when the bus stops, cars have to too. Not just because they should, but because that is the law. Too many people have been ignoring this vital law and have been endangering the well-being of students. But how many reminders is TCAPS going to have to give until people get it right? How many accidents are we going to have before people figure out that they need to stop?

This brings up the question: Are students safe riding buses anymore? Are students safe walking home even? Because if cars can’t follow basic busing laws, how can we trust them not to hit students when the bus isn’t around? This happened at a bus stop, early in the morning when students weren’t fully awake. Adults and drivers need to be more aware, because it may not be their lives in danger, but the next doctors, artists, scientists, teachers, and drivers’ lives are, and when parents and drivers are reckless on the road then who’s to say that children won’t be too?

Parents and drivers are supposed to be role models, an example to follow, so how are students supposed to learn?