Raw Sewage & Its Effects On The Boardman River 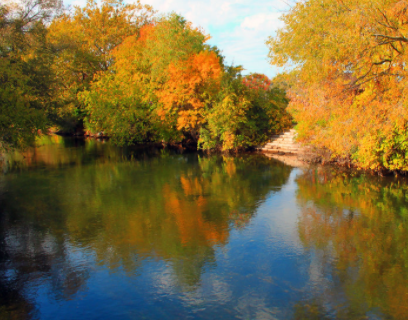 As people may remember, over the summer the Boardman River closed off multiple times for the same reason: raw sewage overflowing into the Boardman River. This was upsetting because people wanted to swim and spend every beautiful day at the beach. Due to the fact that raw sewage (untreated sewage) was within the Boardman River though, people weren’t even allowed to come into contact with its waters for fear of E. coli (otherwise known as Escherichia coli).

E. coli is a bacteria found in the intestines of humans, other animals, certain foods, and can be found in the environment. Most E. coli bacteria are harmless, but some can cause physical illness like diarrhea, pneumonia, urinary tract infections, respiratory illnesses, and many other illnesses. But it isn’t just E. coli that can affect people; it’s also salmonella, typhoid fever, shigellosis, and cholera. Even fungi, parasites, and viruses can be found in raw sewage. These fungi can include aspergillus, while parasites can include roundworms, and viruses can be hepatitis A.

Raw sewage in water doesn’t only just affect the people swimming and touching it, but it also affects the organisms within the water. One of these affects has to do with the oxygen within the water. For example, bacteria, along with other organisms, need oxygen while they metabolize the sewage. Although, this can cause hypoxic zones, which are places in freshwater, in this case parts of the Boardman River, where there’s less oxygen. This can prevent fish (and other organisms) from getting the oxygen that they need to survive, which can in turn lower their numbers.

Although this can seem impossible for one person to fix, people actually can help prevent this. Some ways people can fix this include; stopping the use contaminated fertilizer and not dumping grease down the drain or toilet (it can cause sewage overflows). Another way that helps is to repair cracked pipes as soon as possible to prevent leakage and always dispose of chemicals and other wastes properly. People should never connect stormwater downpipes to sewage systems can cause damage and never use fertilizers with chemicals either (these can be washed into the Boardman River).

Solving this issue would mutually benefit the citizens and the wildlife that depend and use the Boardman. Whether it’s fishing or swimming, people use the boardman nearly every day. Taking that away would damage the economy, the environment, and possibly citizens’ want to live in Traverse City.