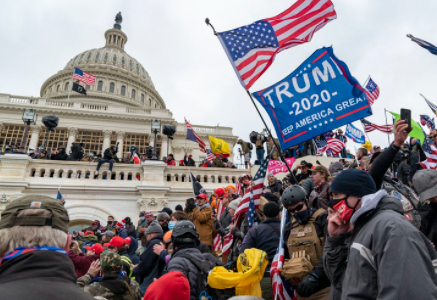 Two nights ago (Jan. 6th, 2021), protesters calling for a recount of election votes and claiming election fraud, became a violent mob, trying to break into the Capitol building. A peaceful protest and “Save America” rally led by Donald Trump to change and/or recount the election votes was held at the Ellipse (a park south of the White House). In his speech, President Trump said, “We want to be so respectful of everybody,” before going on to say, “we are going to cheer on our brave senators and congressmen and women,” “and we are probably not going to be cheering so much for some of them — because you will never take back our country with weakness.”
The protest at the Capitol suddenly became violent, with the mob yelling and waving flags as they tried to break into the Capitol. The police force on the scene were quickly overwhelmed and outnumbered. The mayor of D.C (Muriel Bowser) called on the National Guard to help stop the throngs of people pushing into the Capital. But despite all efforts, they were able to get in.
The Congress members were in session, trying to move forward and certify election results and were evacuated out. Rep. Pramila Jayapal later posted about her experience. “I was one of a dozen Representatives in the gallery above the House floor. We pulled out gas masks and had to get down on the ground. Capitol police barricaded the doors and had guns drawn. We were eventually told that we had to quickly exit.”
In an attempt to stop the violent mob, police fired shots that killed one woman and three others died of medical emergencies. In addition to the shots, cans of tear gas were also fired across the ground and about a dozen police officers were wounded.
The President, who was pushed to give a response, said in a video that was tweeted, “I know your pain, I know you’re hurt. We had an election that was stolen from us. It was a landslide election, and everyone knows it, especially the other side,” He also added “But you have to go home now, we have to have peace. We have to have law and order and we have to respect our great people in law and order. We don’t want anyone hurt.” In the video, he told his supporters, “We love you. You’re very special.” The video was banned from Twitter and Twitter even went so far as to shut down the president’s account for 12 hours. FaceBook, Instagram and YouTube both followed suit, banning the video. FaceBook and Instagram also banned Trump, on the grounds that he had violated their rules (same reason Twitter banned him). FaceBook CEO (and co-founder), Mark Zuckerberg, said he will be banned, “for at least the next two weeks until the peaceful transition of power is complete.”
At 6:00, the protesters had left the building and soon the Congress members were back to certifying the results of the election. Those results being that Biden will move forward and become the next president.
And as they were moving forward with the election, world leaders were responding in different ways. The Prime Minister of the UK, Boris Johnson, called the protests, “disgraceful scenes”, and wrote on Twitter that, “The United States stands for democracy around the world and it is now vital that there should be a peaceful and orderly transfer of power”. Congress members also talked about what happened. “This is not a protest. This is an attack on America.” Rep. Dan Kildee said.
Stay tuned to the Link for more information, coverage, and possible follow-ups! 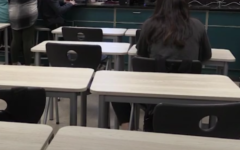 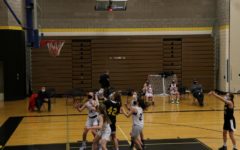