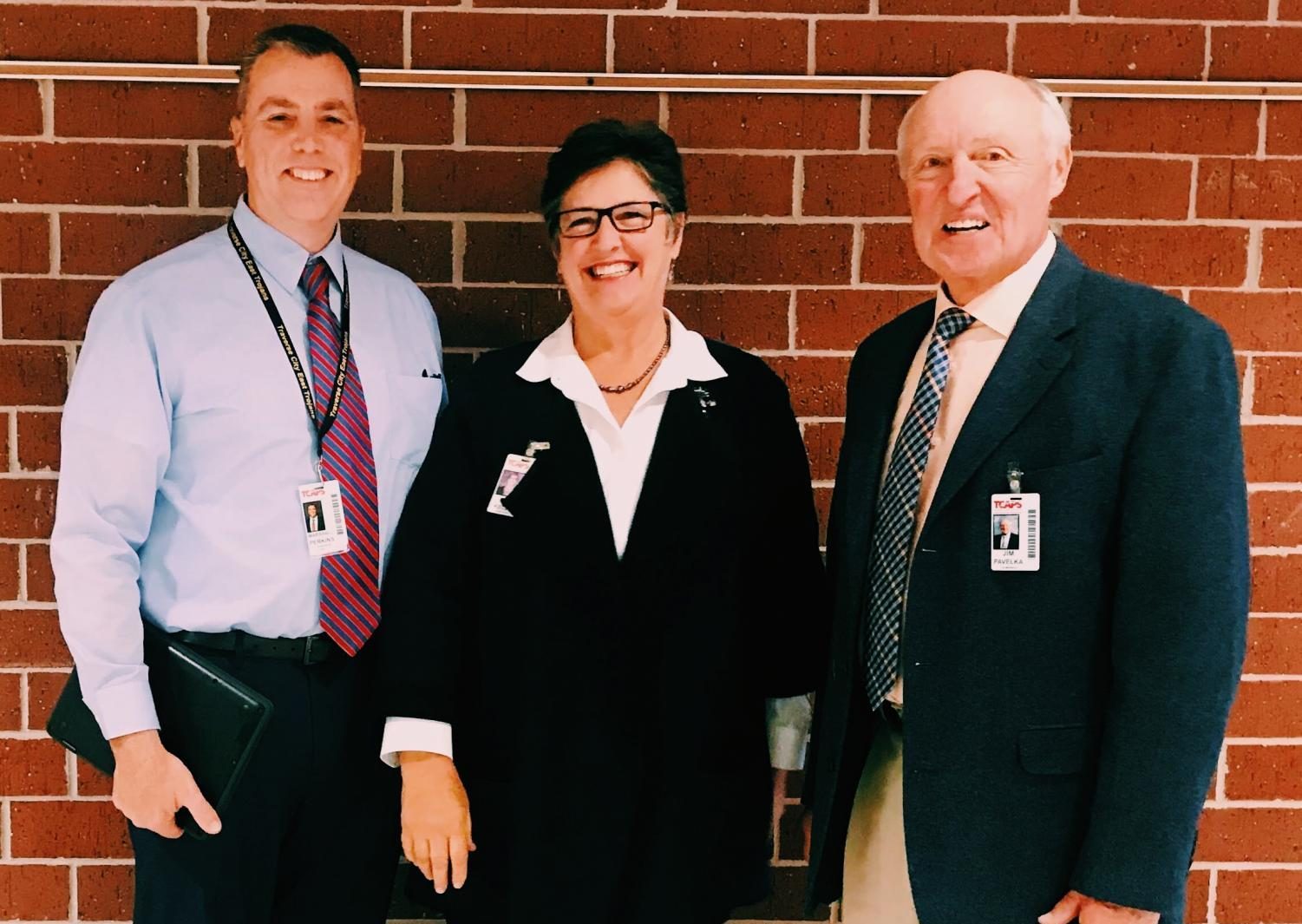 “Many district officials remained tight lipped about what was happening and refused to acknowledge the rumors swirling in the community, citing the confidentiality of closed-session meetings to withhold details,” according to the Traverse City Record Eagle.

On October 10, people started hearing about the idea of Cardon leaving TCAPS after her short-lived term. The board sealed the decision on October 17, when Cardon resigned.  Her resignation letter stated that she was “disappointed” to be stepping down. Things “weren’t working out well,” she said, and that it was in the “best interest of all concerned.” The school board sent her away with a $180,000 separation deal.

The board supported her resignation 6-1.
The one person who didn’t support her leaving was Board member Erica Moon Mohr, who spoke publicly about the issue multiple times. Mohr said it was like “bullying” towards Cardon, to FrosTV.

Sue Kelly, head of the TCAPS school board, compared the situation to when Mr. Roehm, Traverse City East Middle school’s former principal, left early last year. Kelly said that stuff like this happens, and it’s nothing we really want to happen.

Kelly went on to explain that confidential information was disclosed regarding Cardon, saying it caused a whole different dynamic of being able to work together. Kelly also said that there was some disruption that could have been avoided if Cardon had followed code of ethics.

“Relationships were not able to be salvaged,”

Kelly says that TCAPS will continue to move forward despite this roadbump. The board decided to hire stand-in superintendent Jim Palvelka.

“I received a call the morning of the board meeting, asking if I could meet with the board president. An hour later, she came to my house, met with me, said that the superintendent was going to be resigning that evening at a board meeting, and asked if I would be willing to step in,”

Palvelka, among others, found this to be an unexpected event. “I never thought I would be here,”

He doesn’t know how long he’ll be staying, though. Palvelka has not discussed this with the board yet, but he wants to keep the district progressing. “We are going to continue to improve,” Palvelka said as of October 25, 2019.

Palvelka says this is a great district, with outstanding curriculum and “world class” staff. He says it’s his job to keep this going. “[We can’t] let a distraction derail any of the good we have,”

Click here to see all the stories our writer, Elizabeth Phillips, has written!