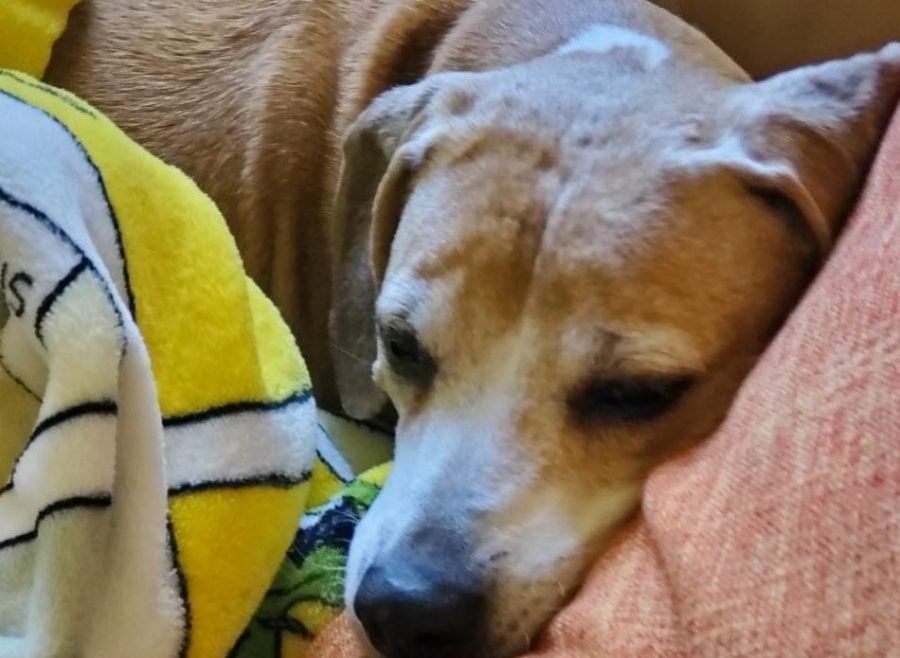 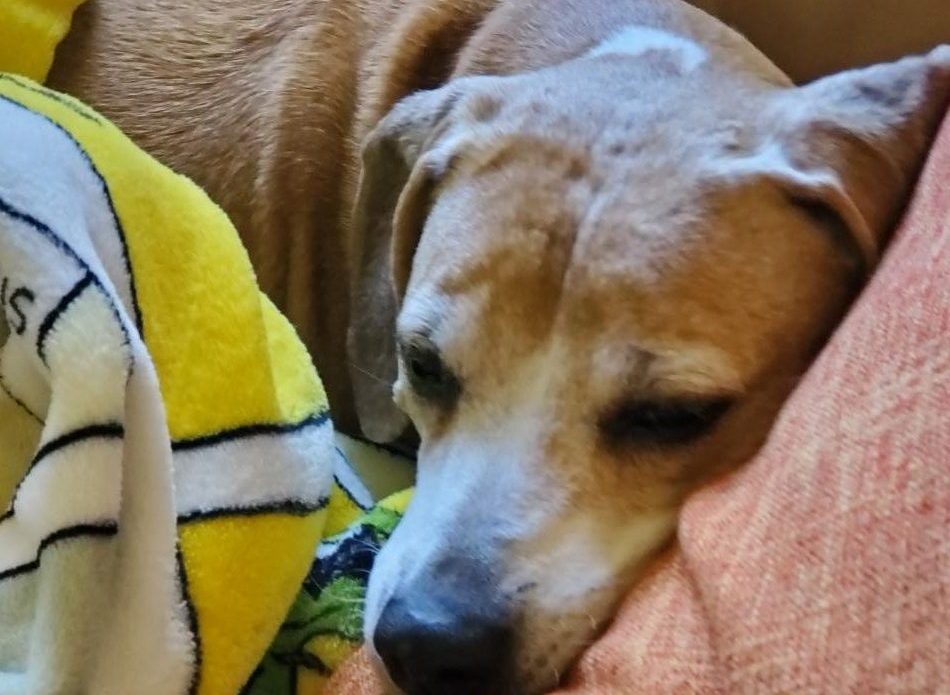 I wake up to see a dog staring at me, standing up. As soon as we make eye contact “Poof”.  She’s gone. Rosie, aka “ Bean” is my best friend. No, not a person, no not a lizard, one of the most compatible animals, a dog.

March 22,2015,  was a day like no other. My mom called me to come out to the car and help her with groceries. When I got outside, I noticed a brown and white medium sized dog. I paid it no attention because I thought it was the neighbors’ dog. Three seconds later, I realized what was happening. I ran to the dog screaming “REALLY?.

From the day I met Rosie, I knew I had a new best friend.

Most people think dogs don’t talk, but Rosie talks to us all the time. She often protests about her not being able to get a good butt scratch.

Rosie is one of the most loving dogs. If you ever meet her, the first thing she does is greet you with a friendly jump. Then, she searches any backpack or bag you have just in case you have treats. If you don’t give her affection, she will walk away sadly.

About seven months ago Rosie started developing bumps on her stomach. At first I thought it was mosquito bites because they were small, but when two months past, they were way too big to be mosquito bites.

About three months ago we took her to the vet to see if she had cancer. It turns out that all she had was lipomas (a mass made by excess fat). It’s common for dogs but it doesn’t hurt her.

Today, Rosie is nine and gets injured easily. A couple of months ago she followed me upstairs and started limping, crying the whole time that she was walking.

I screamed for my mom asking her to help Rosie up the stairs. We went to the vet to see if she broke her leg.

The whole car ride was the scariest car ride I’ve ever been in.

Half the time Rosie was whining in pain. When we arrived, she was limping so much, I started to cry. She was dropped off at the vet where they gave her an x-ray. She had to stay at the vet all day.

When she got home, she had been medicated. She moved like a sloth, slow and tired.

Now she is better, and the only thing that is slowing her down now, is that she’s really old.

But that doesn’t stop her from walking up the stairs to wake me every morning. And then leaving as soon as we make eye contact.