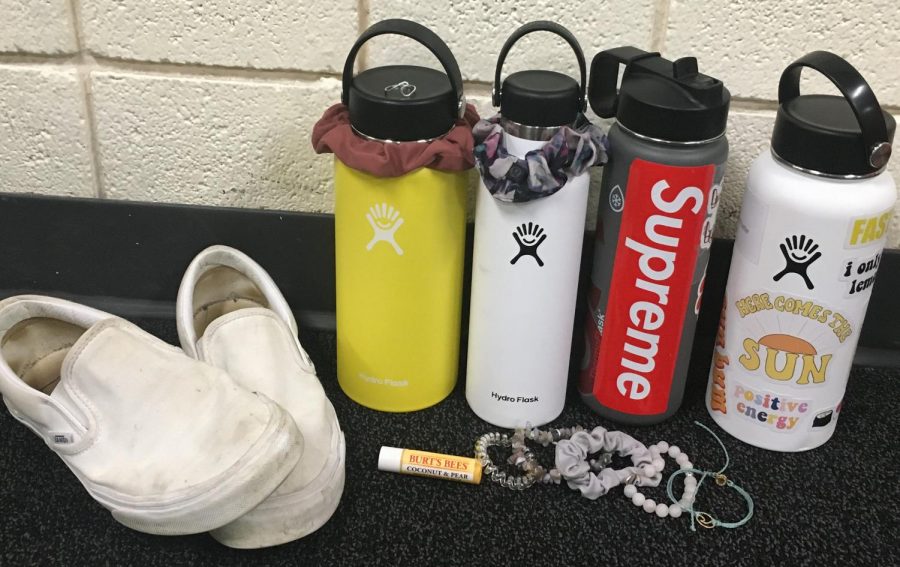 The Scoop on VSCO girls, E-girls, and Valley Girls

A VSCO girl– pronounced “visco girl” — started out as an editor app on your phone.

Now it’s a type of person.

VSCO girls started from off an app called Tik Tok. The requirements of being a VSCO girl are having a Hydroflask loaded with stickers. You must always have a scrunchie on you at all times, but it doesn’t have to be in your hair. It can be on your wrist or even your ankle. You must wear oversized shirts and birkenstocks. A pearl or puka shell necklace is also a thing.

Eighth grader Quinn Worden thinks it’s weird that somebody would even want to be a VSCO girl.

VSCO-ness is not just for girls either. A VSCO guy wears Vans, Nike shorts and Vineyard Vines shirts.

VSCO girls aren’t the only new trend. There is also the e-girl. She is a hip, young person who has a lot of clout on social media, and has tons of followers and viewers. They are fans of Urban Outfitters, drawing little hearts below their eyes, crazy hair dye and black clothing.

The version of VSCO girls that existed back in the 90s is called a Valley girl. A Valley girl was mostly defined by her speech. The word “like” has to be used in every sentence. “Very” is replaced with “totally.”  Instead of denying something, you respond, “As if.” You also have to be moody and annoyed at everyone and everything.

An EMS parent Amy Cox remembers when Valley Girl was a thing, and is familiar with the VSCO girls.

“I can’t believe they’re coming back,” she said. “I remember when all the popular girls were valley girls when I was in school.”