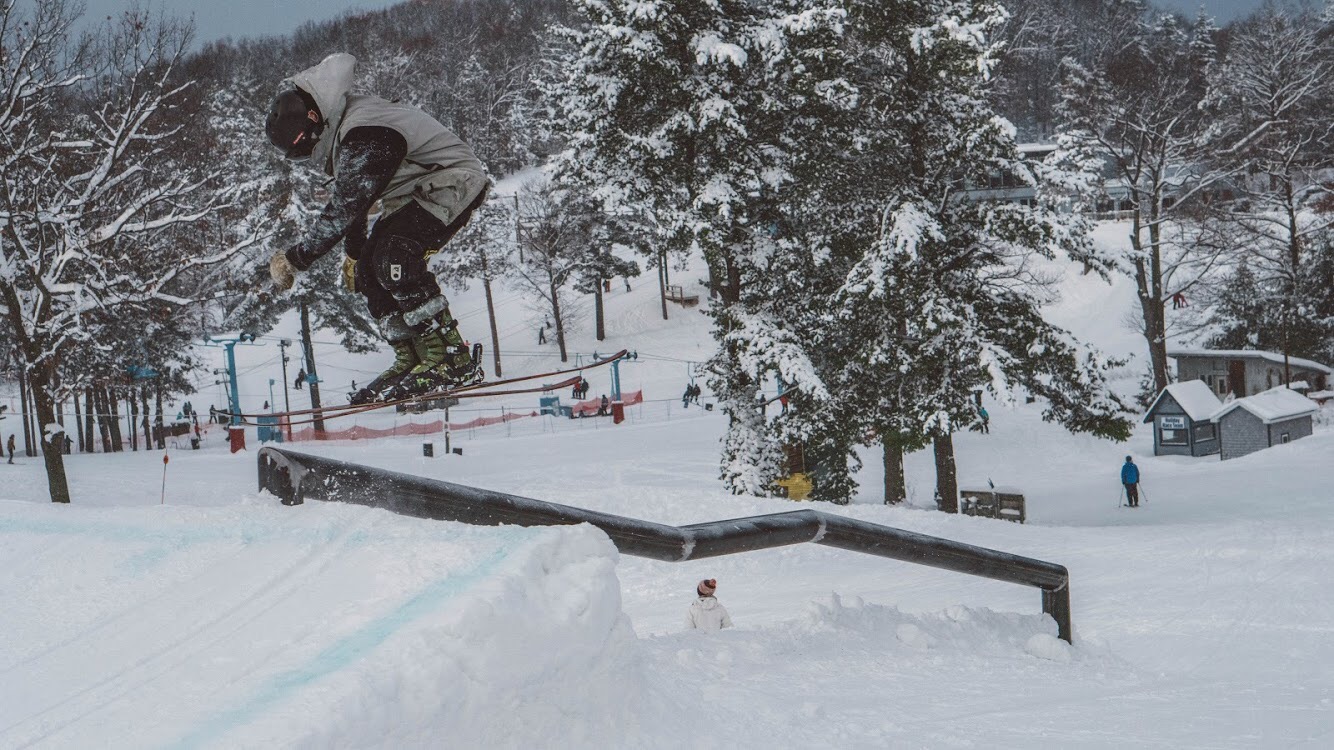 We are lucky to live in a winter wonderland with ski resorts right down the street. According to many EMS students, Mt. Holiday and Hickory Hills are Traverse CIty’s go-to ski resorts.

Hickory Hills is a favorite, located on the West side of town. They started their business in the early, snowy months of 1950-1951, and have grown into a Traverse CIty favorite. They host a ski race team and have an area for recreational skiing.

Mt. Holiday is a non-profit ski resort as well, and located in Holiday Hills. Since 1949, they have upheld their business through thick and thin, while focusing on disadvantaged youth. They offer a ski race team, recreational skiing, summer activities, and tubing for you and your family.

Mt. Holiday’s and Hickory’s runs definitely have their differences. While Holiday has three tow ropes and two chair lifts, Hickory uses only tow ropes, with the exception of one magic carpet. Seventh grader Lucy Phillips thinks the ropes are inconvenient.

“I hate the tow ropes because they are not fun and they rip your gloves,” she said.  Although the tow ropes can be a downside, it is a characteristic of Hickory that makes it especially unique.

On the other hand, people from Holiday tend to like the tow rope.

“The tow ropes are a lot faster so they are better,” 7th grader Quinn Noyes said. When it comes to tow ropes or chairlifts, it seems to just be a matter of preference.

“I like Holiday because there is a wide variety so there are plenty of options like the bunny hill,” seventh grader Anderson Farmer said. “There are also black diamonds and stuff like that for people who are really good and experienced.”

People also like Hickory’s runs, which were updated in the recent reconstruction.

“I love the runs because they are different and fun,” Farmer said. Even though Holiday and Hickory are relatively small resorts, they both have a wide variety of runs for people to choose from.

We are lucky enough that Hickory and Mt. Holiday both offer terrain. Noyes prefers Holiday’s terrain.

“Most of the rails are metal and they are more high quality,” he said.

But Hickory also has decent terrain, according to seventh grader Spencer Gerber. “It’s good for beginners and people who are good at trick skiing.” he said. “I like the rails because I find them more fun then jumps.”

Everyone we spoke to about Holiday told us how homey it feels when you are there.

“It really feels like you’re a part of Mt. Holiday when you start going there a lot, compared to Crystal Mountain where it is so big, and a lot of people go there,” Farmer said. “It just kinda feels different.”

Holiday is definitely a family friendly and welcoming environment for all skill levels and people. From personal experience, I do know that the older kids hold a place there and have some respect and power.

Hickory and Holiday both have good quality food.

Mt. Holiday regular Marie Doezema likes the the Mac and Steezy, a special type of mac and cheese.

“The food is awesome.” she said. “For the quality, the price is good.”

On the other side of town, Spencer Gerber said Hickory’s food is good too.

“The food at Hickory is really great and my favorite thing their is the bosco sticks,” he said.  “All of the fountain drinks are always free refills so that is a bonus too.”

Holiday and Hickory both have unique qualities that make them amazing Traverse City traditions for many familes all around the TC area.

About the Contributor
Evelyn Nowicki, Journalism Staff
Leave a Comment