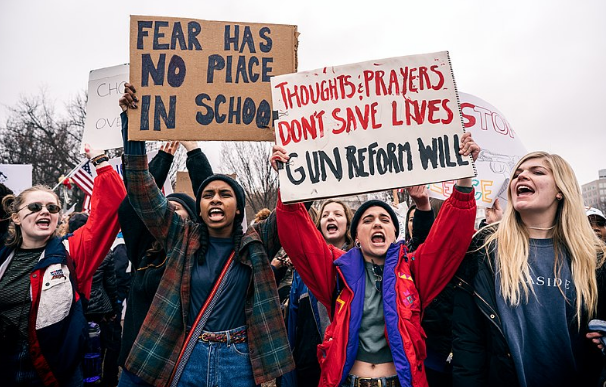 Eighth grader Ashlen Hill thinks teachers could do more to help the problem.

“If teachers showed more love and prevented bullying, then kids might not feel the need to shoot up the school,” she said. She thinks schools need to be aware of students who might be a threat.

“We need to go and sit with those kids who sit at lunch alone,” he said. “We also need to stop people from saying rude and unnecessary things to people because a lot of school shooters were bullied.”

Despite the fact that school shootings have happened in communities of all sizes, it is tempting to think if could not happen here.

“I don’t really think that something like this would happen here in Traverse City because it’s such a small city,” eighth grader Cam Peters said. “Although I shouldn’t say that because there’s always a chance.”

The first significant school shooting to make the news took place in Columbine High School, Littleton, Colo when two boys who attended the school, armed with shotguns, 99 explosives and four knives, killed 12 students and one teacher and injured 24 people.

When we were in early elementary school, the Sandy Hook shooting occurred in Newtown, Conn. In that event 20 children, who were just six and seven years old, were killed.

Regular lockdown drills are as routine as fire drills now and locked doors are the norm.

“The school’s safety has changed tremendously within the past 15 years,” McKinley said. “Beforehand, for example every school door was unlocked, and anyone could get into the school.”

TCAPS has made changes to its buildings that prevent an intruder.

“We’ve intentionally made our schools harder to access to kids who don’t belong,” TCAPS superintendent Paul Soma said. “We’ve invested in capital infrastructure which make it harder to come, such as the buzzing in and going straight to the office to check in.”  Four years ago, TCAPS purchased the “Boot,” a steel bar barricade, for every classroom door in the district.

Soma thinks that students need to keep teachers informed if they hear anything alarming.

“The most important thing is to tell an adult if you are suspicious or over hear something,” he said.

If there is a threat, TCAPS has a procedure in place.

“The first thing we do is notify the police,” Soma said. “They help us determine if it is valid or not, and we take guidance from them.”

Assistant Principal Rose Gallagher said that there have been incidents TCAPS has investigated, but it is uncommon.

McKinley thinks the best thing students can do is to simply be kind.
“School shooters are often made by their surroundings and the way they are treated.” he said. “They might have been bullied, picked on, or left alone.”

So be nice to people. Sit with people who are by themselves at lunch. And, if you see something, say something. 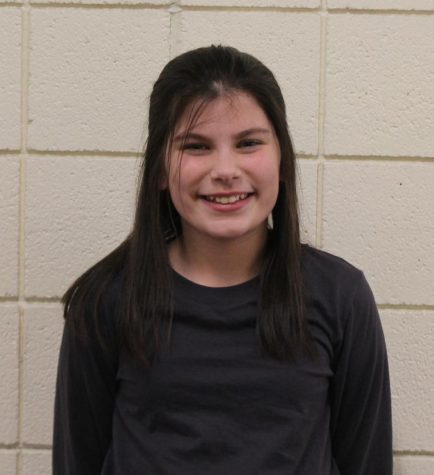