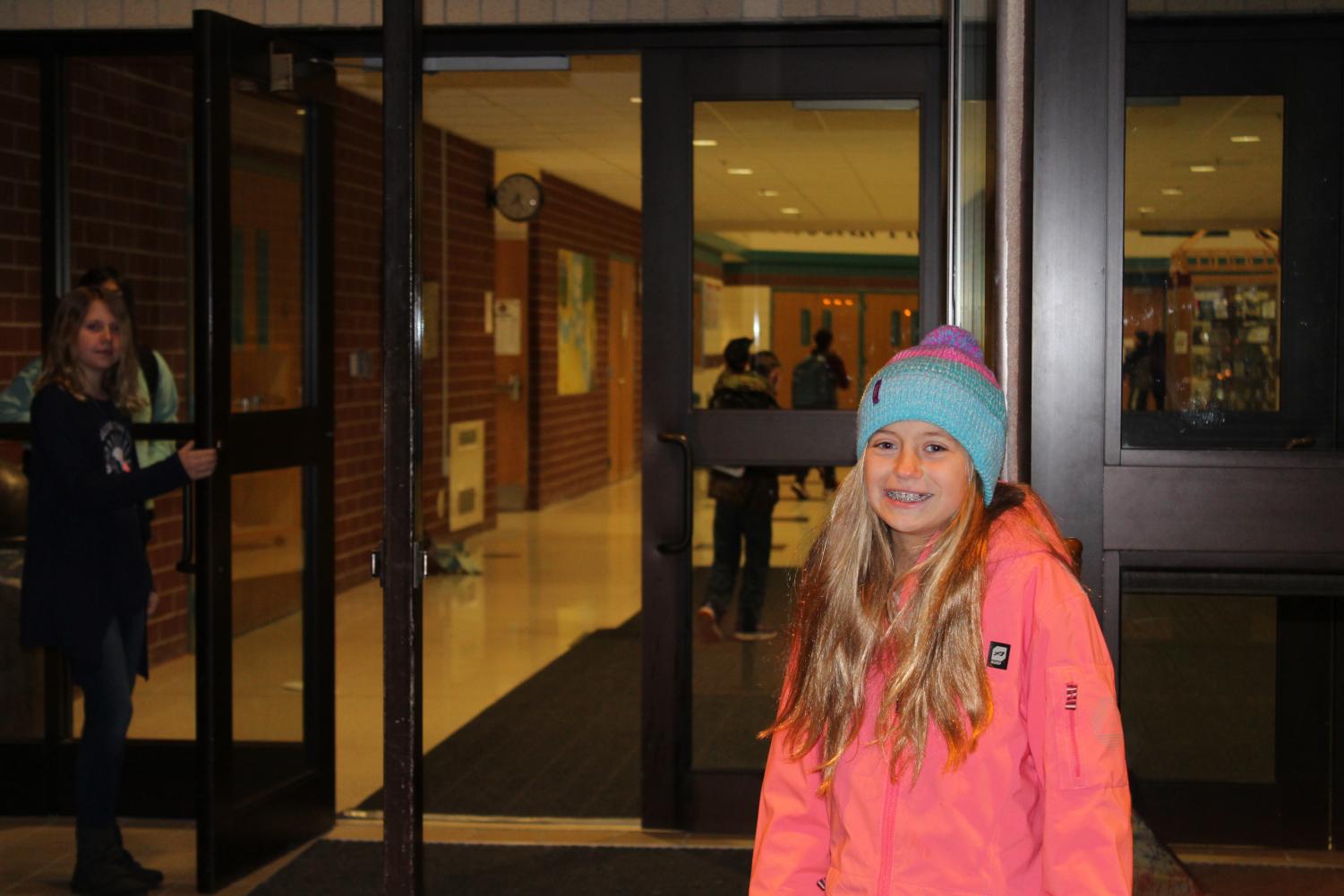 Getting up and coming to school every morning is not always easy. It’s early. And cold. And dark.

But a new addition to East this year makes it easier. It’s the Greeters. Before classes start, there are designated students to intentionally greet people at the door, saying things like “Have a good day” or “I like your hair.” They give out high fives and fist bumps. Most importantly they hold the door open for you. The purpose of the greeters is to help students realize that people are happy they are here and to get their confidence up as they start the day.

Eighth grader Lily Briggs is a greeter. She stands by the front doors and opens them for students as they get out of the parent’s car.

“I chose to be a greeter because I thought it would make a positive impact on the school,” she says, “and I would get to know the students better.” She really likes doing it.

“I like to see some of the smiles on the kids faces in the morning,” she said.

As much as she likes it though, she knows the enthusiastic welcome might be too much for some students.

“Some people will respond with “thank you” and give you a high five,” she said. “Others will just walk past you.”

The EMS Greeters were the brainchild of behavioral specialist Sara Dennis-Parker.

“We actually did something similar at an elementary school,” she said. “I saw a video on Facebook about these two girls in middle school, and they had this idea. They felt like they needed to be greeted in the morning, and they wanted them to have a positive interaction with a peer.”

The Greeters have been good for East.

“We don’t know what they are coming from at home, but it’s setting a positive tone,” Dennis-Parker said. “The main focus is that other students care if you’re here. Students care. They notice you. They want you to know that you are part of the EMS community and that you matter.”

The idea of using students as greeters, rather than teachers or other adults, is intentional.

“Every kid that walks through these door knows that they’re noticed by their peers and that they have friends,” she said. “They’ve got people that they can depend on and when the message is sent from peers, that often means more than coming from the adult.”