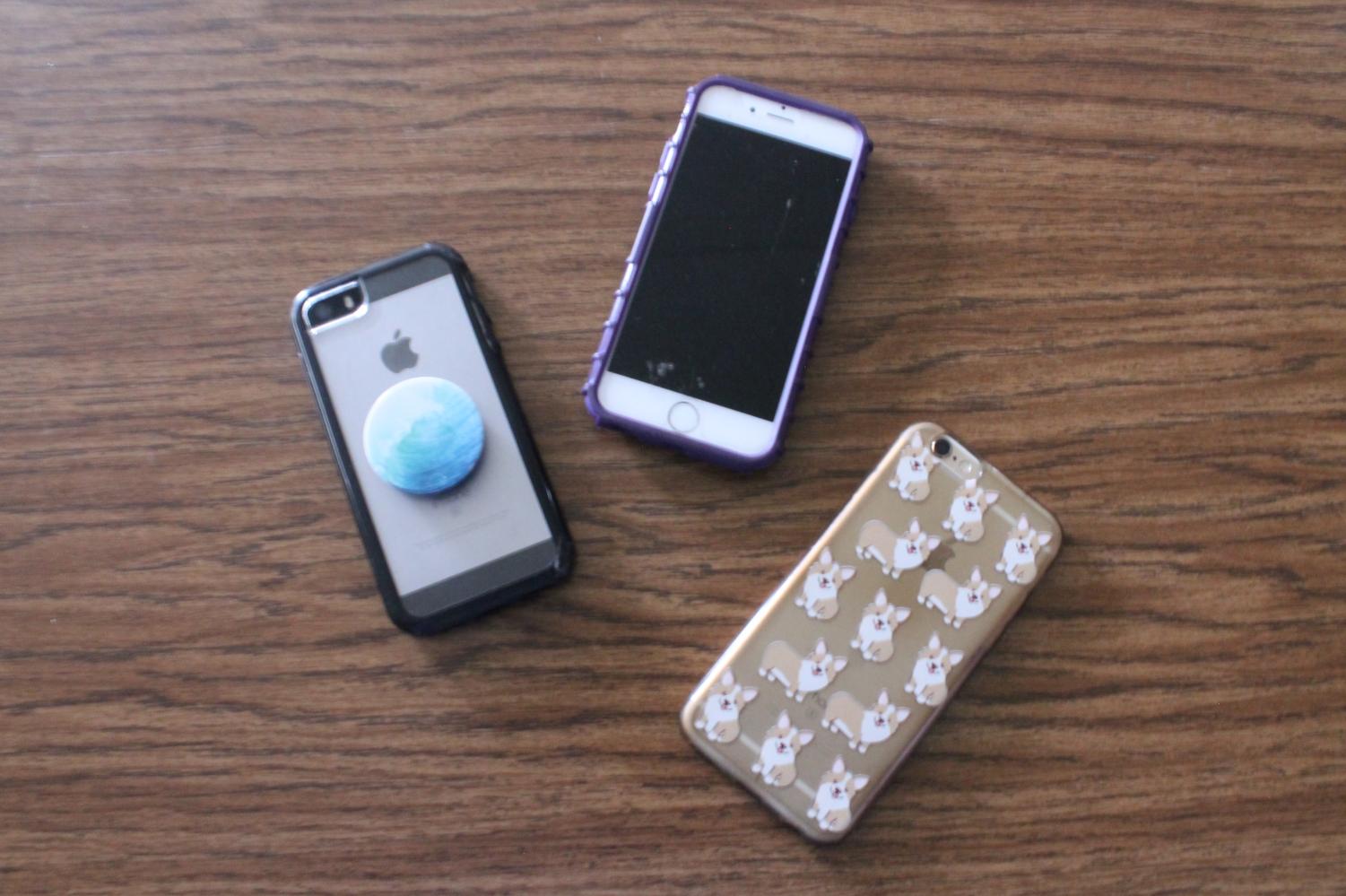 The phone rule is a big controversy at East Middle School. We are the only middle school in TCAPS who has banned phones from bell to bell. Teachers and administrative workers here are very strict about this rule. Most people find it annoying and dislike it. However, I think it’s great.

At my old school, phones were allowed at lunch. We were allowed to play games, listen to music,  but we couldn’t go on social media. When I was sitting with my friends, I felt like everyone was glued to their phones. There wasn’t really any talking going on, it was everyone looking at their phones. I enjoyed having the privilege to go on my phone, but I’m glad the rules are stricter.

For one, we already have a device that we have the privilege to carry around: chromebooks! Chromebooks are basically just giant phones. You can play games, search up information, and even take pictures! The only thing missing is that certain websites, games, and social media sites are blocked.

Sometimes being on your phone can distract you from other activities you could be doing, such as reading, or playing a outdoor game. At my former school, we didn’t have opportunity to go outside, and I think that’s why we were glued to our phones, because we were kind of bored. But at EMS, we can play ping pong, go outside, and much more, all without our phones distracting us from having fun.

Lunch is a break during the day to eat your food, hang with friends, go outside, and whatnot. But, after our forty minute time period comes to a close, we have more classes to attend too. And phones at my old school distracted kids from eating. Some didn’t even find it necessary to buy or bring a lunch! What I’m saying is, your phone could distract you from eating, and you’d be hungry for the rest of your classes, causing you to be distracted from learning!

I’m not saying that might happen to you, but it’s a possibility.

Like I said above, lunch is not only for eating, but to catch up with your friends. And your phone can prevent you from having great conversation with everyone at your table. I found when my friends had their phones, they didn’t even talk very much. Which annoyed me, because I had been staying quiet all day, and I love hanging and talking with my friends.

Being a new kid at my old school would have been very hard. That would be because at lunch, the people I would sit with wouldn’t be talking to me. They would be on their phones. But here, everyone I sat with chatted with me, and I felt like I had been here for a long time. Phones can make you more distant, meaning away from everything else and tuned into whatever it is that your looking at, making you sink away from the people around you, and making a new kid, for example, feel left out and alone. I’m so glad that didn’t happen here, but it would happen at my old school.

It can also be great to disconnect because do you know how many problems phones can cause from you spending too much time on them? Some problems that can happen are: eye strain, neck pain, impaired sleep, anxiety and depression. So, not having your phone during the school day will help decrease that risk.

A lot of people in this school really love their phones. And I like my phone too. Phones are awesome, amazing devices, but at school, I’m glad we can disconnect to reconnect.

Students here at East Middle School should be allowed to have their phones during the day. The new rule put in place this year where phones have to be left in lockers from the first bell to the last bell is unreasonable.

First of all, other schools in the districts allow phones. They may not be able to have them in the classroom, but they can use them during passing times and at lunch. We aren’t even able to do that.

Secondly, the people that call us most often in school is our mom or dad. They should be able to get hold of us whenever they need to. There could be an emergency or a change in our schedule that we need to know about.

Phones are not just tools for communications, they can be used as calculators, dictionaries, and thesauruses as well . They can let us check the weather, look up information we need in class or remind us of a commitment we had. Therefore, they have legitimate reason to be in the classroom.

Sadly, school safety is a big issue these days. If there is a real lockdown, students need to be able to call their parents or even the police right away. Students could also use their phones if they feel unsafe or are witnessing a fight and need help right away.

Phones are convenient — much easier to carry around than a computer.

Finally, students are often anxious without their phones, which could prove to be a problem in their learning.

We deserve a chance to prove that we are mature enough to handle having a phone at some point during the school day, just like we have to be able to handle a computer.

Click here to see all the stories our writer, Elizabeth Phillips, has written!