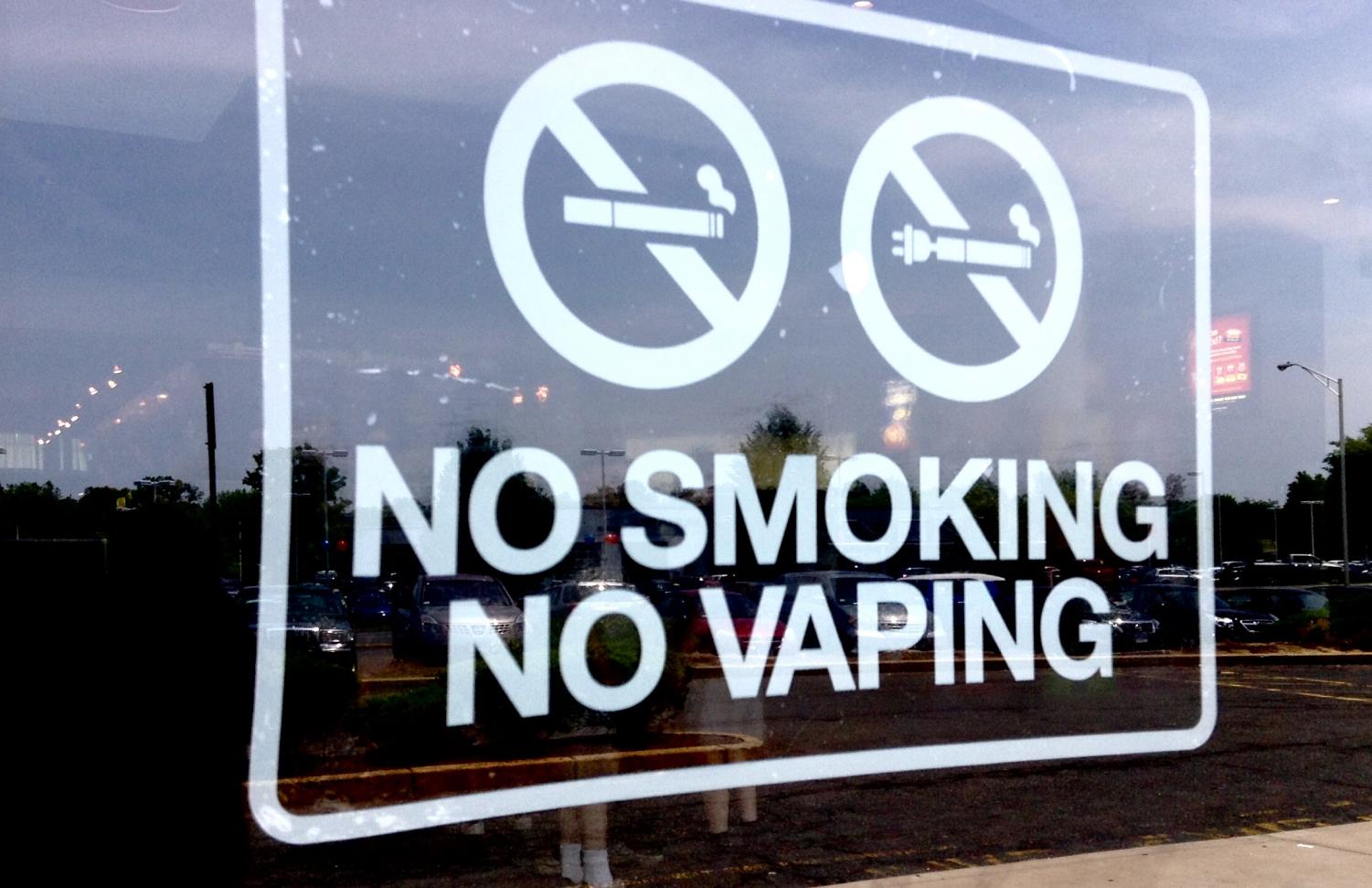 Alpha Office Principal Rose Gallagher compared the current vaping trend to previous years’ trends like kendamas and fidget spinners. But the costs of this recent activity are far greater for students. To put it bluntly, vaping is a serious health risk by itself and can actually be a gateway into smoking cigarettes.

“Our job here is to make sure students are able to learn, to the maximum of their ability, and if they are doing something to their body that is stopping them from learning, that is a big problem to me,” Gallagher said.

The effects of vaping are much worse than students realize.  Many adults and staff are worried about the impact vaping makes on students’ health.  Many students are also aware that it’s a problem.

“I think it’s wrong, and they shouldn’t do it because it’s bad for you,” Eighth grader, Catelyn Heethuis said.

But some students don’t care about the health risks.

One eighth grader admits to vaping despite the danger.

I am aware of the health risks vaping makes on my body, but I don’t really care about them.”

Popular vape flavors such as strawberry, cherry, and even coffee, cause more harm to your lungs than regular vape because they contain many cancer-causing chemicals, according to WebMD.

Although vaping is very harmful to your lungs, it is not nearly as bad as smoking.  A study from Respiratory Research found that, even with flavor, vaping does less damage to the lungs than conventional smoking.  But other studies have shown that for teens, vaping actually leads them to cigarettes.

Scientists from the University of Southern California in Los Angeles surveyed more than 2,500 students from 10 public schools in Los Angeles over a year. The study found that those who vaped going into ninth grade were three times more likely to begin smoking cigarettes in that year.

The adults and staff at East Middle School are trying to prevent students from vaping, but the problem continues.

“I think they are doing what they can,” seventh grader, Audrey Parker, said. “But they could probably do better because kids are still vaping.”

Vaping has been an ongoing problem, not only at East Middle School, but in other schools in the district and in the state.

“There is a drug, alcohol, and vaping task force district wide trying to help kids with a vaping addiction,” Principal Denny Roehm said.

Even with this task force, vaping remains popular.  One issue is that it is easily purchased from local stores.  It also comes in attractive appearing packages, colors, and flavors.  The cartridges are manufactured to be appeal to teenagers. But the packaging hides the true dangers of vaping.

Vaping is even harder to control among older students.  “I feel like the older kids have an easier exposure to it than younger kids, because of more interactions with high school students,”  Gallagher said.

The eighth grader who vapes has no trouble getting access to it.

Traverse City cardiologist Anna Booher thinks that nicotine is one of the worst things in a vape. “Nicotine is a stimulant that can affect brain function, and is a really addictive substance,” she said.

“I vape pretty much everyday, and I have been doing it for the past 10 months,” she said. “I tried to quit before, and it lasted a whole three hours.”