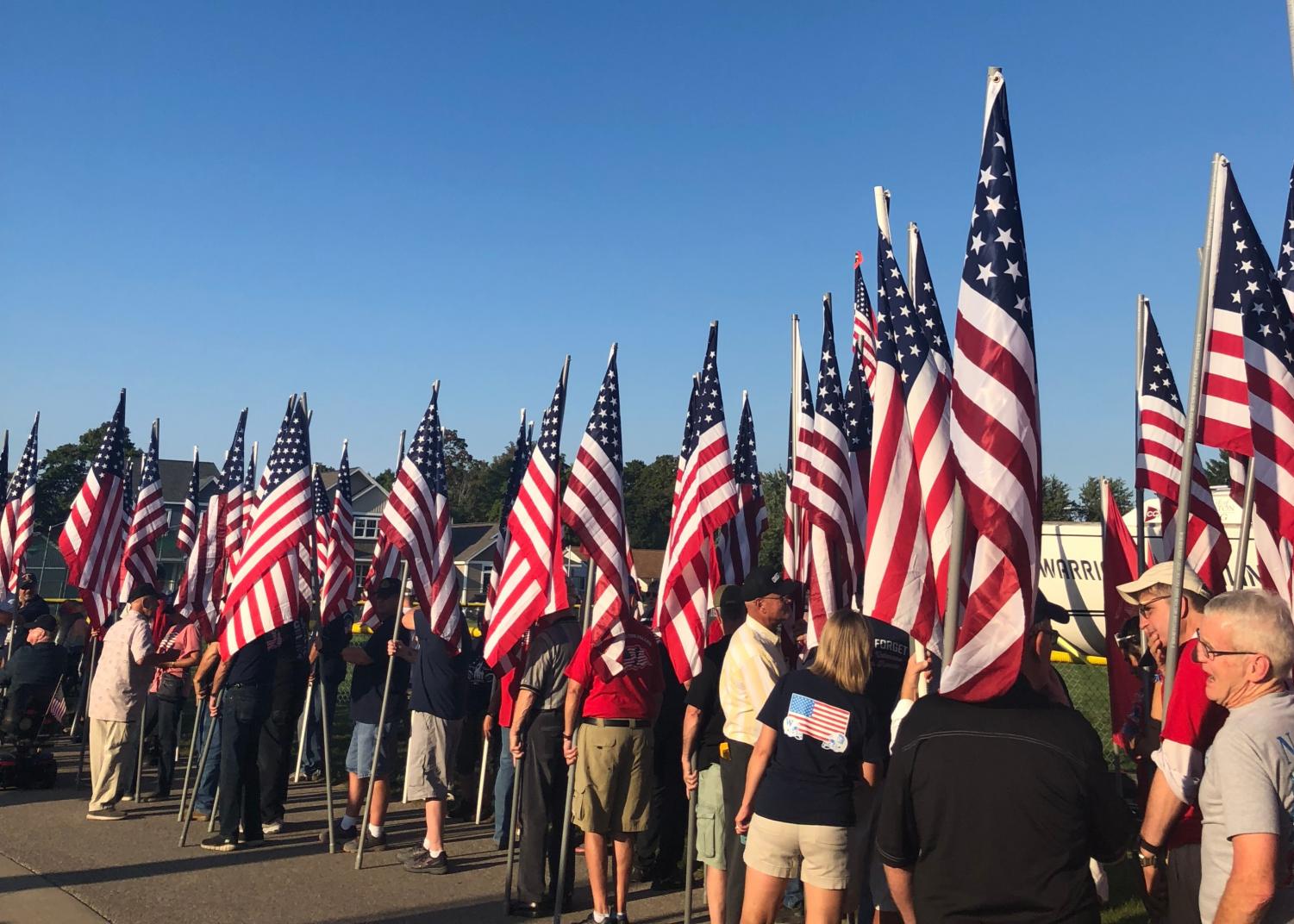 Traverse City Central and Traverse City West High Schools have been rivals for as long as everyone can remember. This year is the seventh annual Patriot Game when Central and West high schools face off at Thirlby field. This event brings most of Traverse City, even if they’re not football fans.

The action of the game and the two competitors teams isn’t the only reason to attend the Patriot game. The game honors military veterans, firefighters, and police officers during  a pre-game ceremony on the field, as well as a tailgate party for veterans, first responders, and active service men and women.

West won both this year and last, but Trojan fans were hopeful going into the game.

“Trojans are doing a lot better this season because they have won every game this year so far, so I think they have a better chance of winning,” eighth grader Cooper Norton, quarterback for the middle school team, said on gameday.

Because Central was undefeated before the Patriot Game, this opinion was widely held. Even some West kids were saying that they thought West didn’t really have a chance.

Norton was even confident that the point spread would be big and in Central’s favor.

“I think the score will be 21-10,” he said. Eighth grader Cam Peters was also sure of a Central victory.

Unfortunately, this didn’t happen as West won with a final score of 21-14 despite the fact that Central led for most of the game.

With a team so good this year the loss was unexpected, making it more challenging for everyone to handle the defeat. After the game, the mood immediately changed from anticipating the win, to comprehending the loss. You  could feel devastation amongst the players. This game meant so much to the players, partly because of the rivalry, but mostly because of their love of football.

“Besides family school and friends there is nothing I care about more,” said junior Trey Searles, wide receiver for the Central varsity football team.

There are many predictions on where the game went wrong, and most involve the fact that there was so much pressure on the Trojans to win. There was a lot of pressure on the players. Studies have shown when you’re under pressure, you either rise to the occasion or crack.

lot of the middle school students go to the games to walk around and socialize, instead of  paying attention to the field. Another reason students go is to support their siblings.

“But I love my brother Ike,” he said.

This game increases students interest in watching the game. Because when our rivals are on the other side of the field, students seem to be more intrigued in the game, rather than the socializing.

But the Patriot game garners more interest than most.

“I usually don’t watch the games but, I watch the patriot game,” Peters said.

Another reason to attend the game is that proceeds go to the armed forces. So, when you go to the Traverse City Patriot game, you’re not only supporting your team, but also your country.

While the outcome of the Patriot game wasn’t what Trojans hoped for, Central has a chance to meet West again in the playoffs. This time, the winner might be the Trojans.