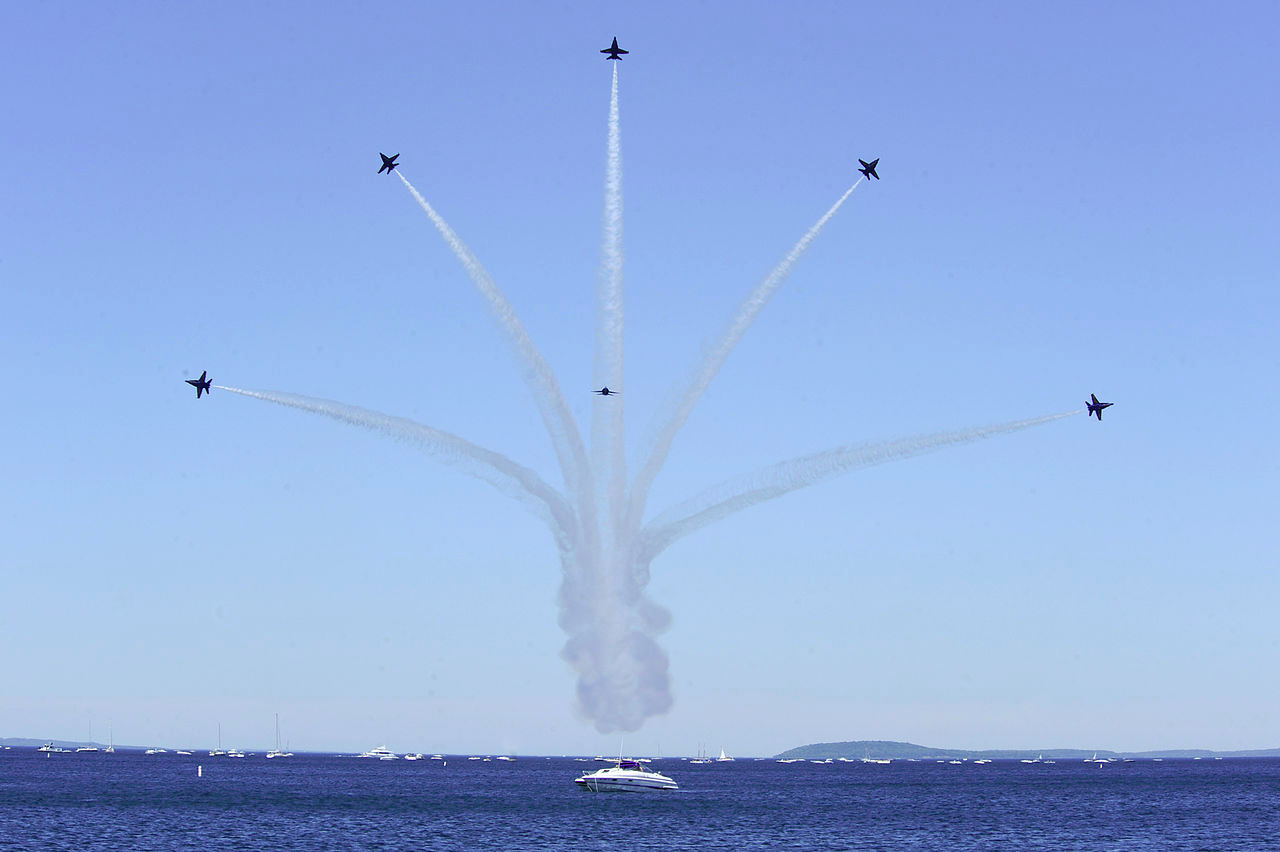 Many people look forward to a huge summer tradition in Traverse City. The Cherry Festival is a celebration to promote cherries, community involvement, and the Grand Traverse Region. The first Cherry Festival was held in 1926 and it is still very popular today. This year the festival starts Saturday, June 30, and ends Sunday, July 7.

One of the things that many people look forward to is the National Cherry Queen Program. This scholarship program provides young women the opportunity to earn up to $8,250. The Cherry Queen serves as an ambassador for Traverse City for the following year.

Another event that many people look forward to during the Cherry Festival is the Air Show. This year, the U.S. Navy Blue Angels will be performing. The show, which is free to watch and enjoy, packs the beaches and West Bay with spectators and boats.

Every year, the Cherry Festival hosts three parades. There is a children’s parade (known as the largest children parade

in Michigan), a parade that celebrates our area’s heritage, and a parade where you can see decorated floats, enjoy the marching bands, meet the new Cherry Queen, and celebrate cherries. All three take place during the Cherry Festival and everyone is encouraged to go to downtown Traverse City and enjoy all the parades.

This year, many talented singers and entertainers are coming to perform. This includes Sheryl Crow, Dan + Shay, Dustin Lynch, and Darcy Lynne Farmer who was the 12th season winner of America’s Got Talent.

The Cherry Festival also puts on a magnificent Fourth of July firework show. The fireworks start at 10:30pm and can be viewed around the south end of West Grand Traverse Bay.

According to the National Cherry Festival website, it takes a minimum of 35,000 volunteer hours and 10,000 staff hours every year. And on top of that, these people have to coordinate and put on over 150 activities during these eight days of fun. On average, more than 500,000 people come to the festival and celebrate. Now just imagine how hard a lot of people have to work to put on this amazing festival.

One unique thing about the Cherry Festival is that people from around the world attend. According to the National Cherry Festival website, the visitors of the festival come from the U.S., South America, Europe, and even Africa.

Overall, there are many things to look forward to in this year’s National Cherry Festival. Many people are very proud of how the festival has been a vital piece of Traverse City.